Maybe you wake up first thing in the morning without an appetite. Or, maybe you’re looking to lose a little weight by cutting some calories during breakfast. Either way, one thing’s for sure – Meal replacement shakes will either boost your weight loss or ruin your health as you know it.

Table of Contents show
1 The Purpose of Meal Replacement Shakes
1.1 Nutritional Value
1.2 The Potential Dangers
2 The Case for Drinking Meal Replacement Shakes for Breakfast
2.1 Early Morning Energy Boosts
2.2 Controlling Your Appetite During the Day
2.3 Perfect If You Have No Appetite
3 Conclusion
4 Sources
4.1 Related Posts:

The Purpose of Meal Replacement Shakes

Meal replacement shakes are popular because they’re believed to help with weight loss. And, there’s actually a lot of scientific evidence to back that up.

When combined with a low-calorie diet, meal replacement shakes can limit the number of calories you’re consuming per day, thus, leading to weight loss.

In a more recent 2018 study (titled: Effects of a Meal Replacement on Body Composition and Metabolic Parameters among Subjects with Overweight or Obesity), researchers focused on the changes that occur within the body after consuming meal replacement shakes once a day for 12 weeks. The results were astounding.

Not only did these shakes lead to weight loss and body fat reduction, but they also helped to control blood glucose levels and even lower blood pressure.

The benefits of meal replacement shakes go a lot further than weight loss. After all, if you’re using these shakes to replace your normal meals, you need to be sure that they’re still providing nutritional value.

Here are some benefits of good meal replacement shakes:

Keep in mind that not all meal replacement shakes are the same. While most are healthy, some are loaded with sugars, artificial sweeteners, and fat. So, you don’t want to sacrifice nutritional value for taste.

For the most part, meal replacement shakes are pretty healthy. But, there are a few things you’ll want to watch out for.

Most importantly, you want to be sure that your shakes aren’t overloaded with fat and sugar. Not only are these nutrients bad for your heart and just about every body system, but they might also lead to weight gain in the long run.

As much as they cut your calories and provide nutrients, your body still needs solid foods and a naturally balanced diet. These shakes do have their limitations, so only use them to replace one or two meals a day.

The Case for Drinking Meal Replacement Shakes for Breakfast

Meal replacement shakes definitely make a great addition to any weight loss routine. When it comes to drinking these shakes as a replacement for breakfast, there are some additional benefits you’ll see.

These benefits include energy boosts, appetite control, and alternatives to eating a solid breakfast. So, let’s take a look at how a meal replacement shake can help in all of these situations.

When you first wake up, it’s completely normal to be fatigued and even groggy. And, when you’re already on a diet or weight loss plan, a lack of calories might completely destroy your energy levels.

Meal replacement shakes in the morning can help. That’s all thanks to the incredible nutritional value offered by these shakes.

You may have been taught that carbs are bad for you and help you to pack on pounds. While that might be true when they’re consumed in excess, the carbs in meal replacement shakes are just enough to give you that much-needed energy boost.

Plus, you can lean toward a shake that’s low in sugar, which will keep you from crashing from your energy boost later in the day.

To limit fatigue, try to select a shake that’s high in protein and low in fat. You can also add healthy ingredients to your shake if you need to add calories.

Controlling Your Appetite During the Day

If you’re the type of person that snacks all throughout the day, it can be hard to control your appetite. And, this type of eating pattern can obviously lead to weight gain the longer it continues.

Thus, replace your normal breakfast with a meal replacement shake. After all, they’re known for limiting your appetite and hunger for several hours after consumption.

And, that’s been proven in several studies.

In one particular study, scientists analyzed the benefits of meal replacement bars (titled: Short-term hunger intensity changes following ingestion of a meal replacement bar for weight control) first thing in the morning (which are similar in nutritional value and content). The study revealed that appetite could be limited or even suppressed entirely for up to 5 hours after consumption.

If you drink a meal replacement shake at 8 AM, you might not even get hungry until around 12 or 1 PM.

That means you’ll be much more capable of holding off until lunchtime, stopping your snacking in its tracks. Weight loss is definitely on the horizon now!

Perfect If You Have No Appetite

A scientific piece published in 2016 revealed that more than 25% of Americans don’t eat breakfast. While we don’t know the exact cause, it’s pretty common to wake up in the morning without any appetite at all.

And, skipping breakfast can actually set your fitness and health goals back.

The problem with skipping breakfast is that it doesn’t help with weight loss in the slightest, even if you are cutting out some calories during the day.

In fact, skipping breakfast can actually make you much more likely to experience significant health issues like heart disease or cardiovascular issues.

Since it’s uncomfortable to force yourself to eat in the morning, a meal replacement shake is a great alternative. You can fuel your body with much-needed calories and nutrients without having to shove food down your throat.

Now, you can stay on track with your goals.

Adding a meal replacement shake to your morning routine might be what you need to trigger your weight loss. You’ll be cutting down your daily calories by replacing a large breakfast with a <400 calorie shake.

You also have the benefits of reducing your appetite during the day. This can reduce your daily caloric intake, which can help with weight loss. There’s also the fact that meal replacement shakes might just give you a much-needed energy boost.

And, if you don’t have an appetite first thing in the morning, chugging down one of these shakes might be your only option.

You may also consider the following: Meal Replacement Shakes: Drink BEFORE or AFTER Workout?

link to Beachbody on Demand VS Openfit, Obe & Daily Burn 2022

We all want to work out more and take control of our health. Using pre-built fitness programs through websites or apps is an excellent way to stay accountable while improving health. With that said,...

Meal replacement shakes have been around for quite some time. However, they’ve come a long way from their earlier incarnations, where they were often advertised as low fat but high sugar options to... 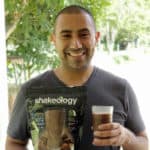